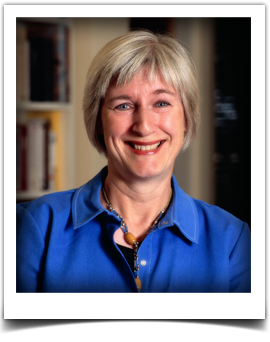 I’m a writer of fiction and a freelance writer for newspapers and magazines, specialising in literary journalism: I think I’ve always been besotted with books. I was born in London of Australian parents and came to live in Melbourne in 1979. For many years I had a career with the Melbourne Age, as staff reporter, feature writer and editor of various sections, including the books pages. I reported from Africa and China and won the inaugural Australian Human Rights award for journalism.

My first love, however, is writing fiction, and I’ve been quietly working at it for a long time. My first novel, “The White Star”, was published in 2000 by Penguin Australia. My second novel, “Little People”, was published in April 2011 by Scribe Publications. You can read a short story featuring some of the characters in “Little People” in a short story, “Fallen Woman”, in “New Australian Stories 2” (Scribe).

I live in Melbourne and I write a Saturday column on books and writing, “Turning Pages”, for The Age and the Sydney Morning Herald, and contribute occasional features. 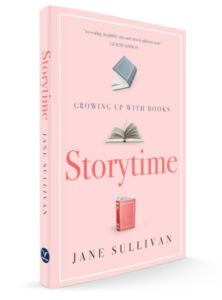 What was it exactly? Wonder, rapture, delight, surprised recognition, laughter – but also darker feelings that made my heart beat fast and my stomach turn over, and sometimes a frantic urge to close the book before whatever it was sucked me in and destroyed me. But always, I read on.

In Storytime, author and literary journalist Jane Sullivan takes us from Wonderland to Narnia; is enchanted by Winnie-the-Pooh and the Magic Pudding, amazed by Enid Blyton and frightened by the Tales of Terror. Then there is the one book Jane truly hated – Little Women. Why had she despised Jo March, a seemingly perfect role model for a young, aspiring writer?

This intimate, intense and emotional adventure is a surprising and sometimes disturbing journey of self-discovery. As Jane relives old joys and faces old fears, she finds that the books were not what she thought they were, and she was not the child she thought she was.

Interwoven with experiences from prominent Australian writers, including Melina Marchetta and Trent Dalton, about their favourite childhood stories, Storytime is a bibliomemoir that lures us deep into the literary world. Through Jane’s explorations we understand how it is that the enchantment of books we read as children can shape the people we are today. Because we didn’t just want to read them – we needed to read them.